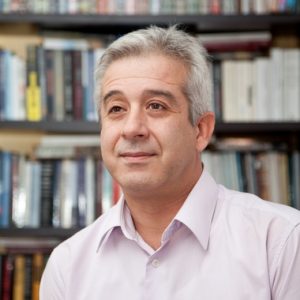 Kostas Ifantis is an Associate Professor of International Relations, Department of International Relations, Kadir Has University and at Panteion University of Athens. He worked as a Lecturer in International and European Politics at the Universities of Bradford and Portsmouth, UK (1991-1995). He was a USIA Visiting Fellow at the Center for Political studies, University of Michigan, Ann Arbor (1998) a Fulbright Visiting Scholar at the John F. Kennedy School of Government, Harvard University (2002), an IAA Senior Research Fellow at the LSE (2009), and a Visiting Professor at the University of Seul (Summer 2016). Between 2005 and 2008 he served as Director for Research at the Policy Planning Center of the Greek Ministry of Foreign Affairs.