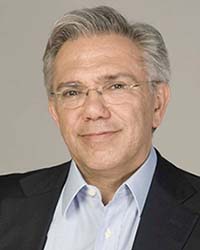 He has developed a multifaceted activity both as a Professor of the University and in the politics in which he participated for a period (2004-2009) as Deputy Foreign Minister and Member of Parliament.

He was elected Assistant Professor in 1984 at the Department of Law of the Democritus University of Thrace and in 1988 Associate Professor at the Department of Political Science and Public Administration of the University of Athens in the field of International Relations. In 1992 he was elected Professor at the same University, and in 1994 Professor of the Jean Monnet Chair in European Politics and Diplomacy. In 2013, he was awarded the highest academic distinction of the Jean Monnet Chair “Ad Personam” by the European Commission.

He taught or worked as a researcher at many Universities and Institutes in Greece, New York (Institute for East West Studies), in Brussels (Center for European Studies), in London (London School of Economics), in Paris (Institute for EU Security Studies), and in Cyprus (Dean of the Law School at Neapolis University).

He has directed dozens of research programmes and teams in Greece and abroad and has been honored with scientific and administrative duties in many research fields. He served as General Manager of the ELIAMEP (Hellenic Foundation for European and Foreign Policy) between 1988 and 1998, establishing it internationally among Europe’s most active think tanks. He inspired the Halki International Seminars, where hundreds of young European scientists and politicians have been trained until today.

He has written dozens of books and scientific articles published in Greece and abroad.