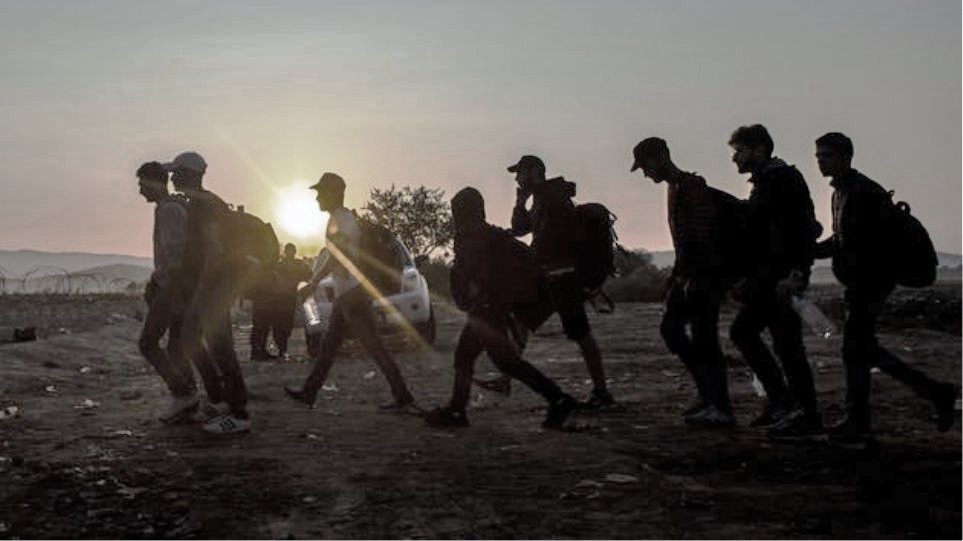 The Jean Monnet European Centre of Excellence of the University of Athens  organized an educational seminar titled “European Asylum and Refugee Law: European Developments & Comparative Dimension” and announced up to 30 scholarships

The course consisted of five weekly afternoon sessions, along with two researchers’ workshops and is addressed to lawyers, public administration officers, staff of army forces, representatives of regional or local authorities, students of military, police and coast guard academies and graduates as well as researchers of humanities, as well as NGO executives and the civil society.

The seminar focused on modern developments in European asylum and refugee law, as well as on the comparative study of national asylum systems, between Member States and third countries. In particular, the theoretical framework for the development of the concept of “international protection” analysed, while emphasis placed on the creation and development of the Common European Asylum System (CEAS). The implementation of the CEAS studied vis-a-vis Greece as well as in other EU member states. The seminar also presented to participants the asylum systems and policies of third countries. Furthermore, the role and recent jurisprudence of the ECHR and the EU Court of Justice in relation to asylum examined. Lastly, special reference made to modern developments and trends in view of the CEAS reform following the 2015 refugee & immigration crisis, with reference to specific issues such as the law of unaccompanied minors, marginal asylum issues, safe third country / country concept first reception, family reunification, etc.

Participants had the chance to be part of a research group and publish Policy papers or had an active role as rapporteurs. The programme also offered traineeship opportunities for university students, graduates, doctoral students or young professionals.

The lectures delivered in Greek and a distance learning option was also available.

The first session of the seminar “Asylum and Refugee Law: Recent European Developments”, entitled “International Refugee Protection”, was successfully completed on Monday, May 6, 2019. Coordinator was Mr. Ioannis Stribis, Assistant Professor at the University of the Aegean and Programme Director of the Jean Monnet European Center of Excellence of the University of Athens.

The event began with the greeting of Prof. Yannis Valinakis, President of the Jean Monnet European Center of Excellence, University of Athens, who gave a brief review of the 20 years of operation of the Jean Monnet University Center. The first speaker, Ms Kalliopi Stefanaki, Lawyer and Head of the UNHCR Legal Aid Division, focused mainly on the definition of a refugee. In addition, in the first part of her speech, she referred to the International Law on the Protection of Refugees, specifically the Geneva Convention, and under which conditions it was adopted. She also mentioned the role of the UNHCR, while in the second part of her speech Ms Stefanaki referred to the Global Compact on Refugee, an concluded her speech  with personal reflections, on the situation of refugees today, not only in theory but also in practice.

Mr Stribis then stressed the importance of the refugee recognition process and the legal basis of the decisions taken by UNHCR. Finally, he raised the question of whether societies are ready to accept the refugee population, and what this decision entails.

Second speaker Ms. Erika Kalantzi, Lawyer and Associate Coordinator at the European Asylum Lawyers Network discussed the importance of strong political will in the refugee issue. She began with a brief reference to the history of refugee movements, and also quoted Fridtjof Nansen’s words, “Humanitarian action is always limited by politicians.” Extensive reference was made to the Geneva Convention. Concluding her speech, Ms. Kalantzi referred to practical issues such as food and shelter, as well as examples of practical difficulties faced by asylum seekers, such as issuing IDs, registrations or travel documents, and how some of them can be more easily tackled.

The second session of the seminar “Asylum and Refugee Law: Recent European Developments” entitled “Common European Asylum System (CEAS): Creation – Evolution – Existing Law” was successfully held on Thursday 9 May 2019. The speech began with the greeting of Ms. Chrysa Tsouka, Associate Professor at the Law School of the University of Athens.

The first speaker, Mr. Stathis Poularakis, lawyer specializing in asylum and immigration, set the basis for the discussion by looking back on the transition from the Schengen Treaty to the Lisbon Treaty. The speech continued with extensive reference to the Common European Asylum System, as well as secondary EU legislation adopted. These acts, which were extensively analyzed, include the Guidelines on the Recognition of Refugee Status, the Asylum Procedures, and the Reception Conditions. Mr. Poularakis also referred to the Dublin III and Eurodac Regulations, as well as to the European Asylum Support Office (EASO). The first part of the presentation ended with a reference to European actions in response to the refugee crisis.

The second speaker, Ms. Emmanouella Papadopoulou, Assistant Professor of the Law School of the University of Athens, focused on her speech on the Dublin system and its evolution. The talk began with reference to the Treaty on the Functioning of the European Union articles on the area of ​​EU Freedom, Security and Justice, as well as border controls, asylum and immigration, such as the principle of refoulement, equal distribution of responsibilities etc. The speech continued with an extensive reference to international and EU asylum texts, with emphasis on the Dublin II Regulation and its development in 2013 as the Dublin III Regulation. Finally, summing up, she referred to the escalation of the refugee crisis in 2015, and what its consequences were for the Dublin system, while stressing the need to reform it.

The event continued with the second part of the presentation by Mr. Poularakis, who focused on the European dimension of migration, and in particular on the Greece-Germany relationship, as it has been shaped in recent years, while the talk concluded with reflections on the future of European Migration Policy.

The third session of the seminar “Asylum and Refugee Law: Recent European Developments” entitled “CEAS Reform: Proposals – Dynamics” was successfully completed on Monday, 13 May 2019. The coordinator Mr. Ioannis Stribis, Assistant Professor at the University of the Aegean and Programme Director of the Jean Monnet European Center of Excellence of the University of Athens, addressed the participants and presented the speakers.

The event started with the speech of Ms. Metaxia Kouskouna, Assoc. Professor at the Law School of the University of Athens. Ms. Kouskouna focused on her presentation, on the revision of the Dublin System, and in particular on the revision of the Dublin III Regulation. She then referred to the measures presented in May 2016 by the European Commission and how this was affected by the 2015 refugee crisis.

The second speaker, Mr. Markos Karavias, Ph.D., Director of the Asylum Service, wanted to pass on the purely legal context and focused mainly on the practical and political part of the issue. Mr. Karavias referred to the review process of the CEAS, while he also mentioned the basic principles that should govern a system of asylum and practical difficulties. The speech concluded with Greece’s position and the proposed transitional solidarity mechanism.

The last speaker, Mr. Aristides Psarras, Head of the Athens Office of the Migration Management Support Unit, spoke about the conditions of the reform, as well as the role of EASO, and how it is being addressed by the member states. He then emphasized the importance of shortening asylum procedures. After presenting the European Commission’s seven proposals, he concluded that it was clear that the reform needed strong political will.

The fourth meeting of the seminar “Asylum and Refugee Law: Recent European Developments”, entitled “Asylum and Refugee Law: Application to special groups”, was successfully concluded on Thursday, May 16, 2019. The event opened with the greeting of Mr. Yannis Politis on behalf of the EPLO European Public Law Organization. Then, the coordinator Mr. Vassilis Chatzopoulos Professor of EU Law and Politics, Panteion University, addressed the participants and presented the speakers.

The session began with the speech of Ms. Chrysa Tsouka, Assoc. Professor, Law School, University of Athens, which was focused on the role of the minors in the Refugee Law. Protection the children in the International and National legal frameworks was the first and important part of the presentation. She then referred to the relevant arrangements of the Dublin III Regulation. Ms. Tsouka made extensive reference to Law 4375/2016 as well as to the points of friction between EU and humanitarian law. The speech concluded with Ms. Tsouka stressing the need for systematic application of child protection rules in the context of international protection law.

The second speaker, Ms. Sotiria Kasnakoudi, Ministry of Migration Policy representative, focused on her speech on cases of foreigners who lack a passport in the light of statelessness. Ms Kasnakoudi referred, in addition to the legal framework and the problems arising from it, to the practical application of this legal framework when immigration law meets refugee law. The objective weakness of obtaining travel documents, as well as the definition of statelessness, were key points of the speech.

The event continued with Ms. Katerina Cometa, Lawyer – Coordinator of the Prometheus Torture Survivors Recovery Program, Greek Refugee Council, and her presentation on the issue of sexual orientation in the asylum process. Ms Cometa, through the definition of refugee and reference to particular social groups, spoke about gender identity and how it is experienced by each individual. In her speech, she emphasized the incomprehensibility of LGBTQ community in the asylum process and how the state can protect these people through reasonable measures for effective and permanent protection, even though such protection is not often provided in the countries of origin of the refugee population.

The last speaker, Ms. Theodora Gazi, Lawyer, Data Protection Officer, Danish Refugee Council (DRC Greece), spoke on the protection of personal data when providing humanitarian aid in Greece. Ms. Gazi analyzed the importance of personal data as a fundamental right legally recognized. In particular, he emphasized the principles of humanitarian aid, and how these principles, through the principle of humanity, neutrality, impartiality and independence, should be consistent with the protection of personal data. Concluding her speech, Ms. Gazi raised the concern and the need for the adoption of guidelines and national implementation of the law for the collection and processing of personal and sensitive data while providing humanitarian assistance.

The fifth and final meeting of the seminar “Asylum and Refugee Law: Recent European Developments”, entitled “Asylum and Refugee Law application Overview”, was successfully concluded on Monday, May 20, 2019. The coordinator prof. Ioannis Stribis, Programme Director of the Jean Monnet European Center of Excellence of the University of Athens, addressed the participants and presented the speakers.

The first speaker, Ms. Katerina Koutsopoulou, Chief Justice of the Administrative Courts, set the legal framework for the discussion that followed, speaking about the recent case law of the Administrative Courts and the Independent Refugee Committees on international protection cases. Ms Koutsopoulou, through a review of the whole legislative framework, and the changes it has undergone, set the basis for the concerns arising from the implementation of the framework.

The second speaker, Ms. Maria Michelogiannaki, Legal Adviser, Department of EU Law, Hellenic Ministry of Foreign Affairs, presented the issues of judicial review by the EU judicial bodies. The presentation began with a brief reference to the Union Asylum Policy and the Common Asylum System. Ms Michelogiannaki then emphasized the importance of the Courts in the application of the Law, while concluding her speech on cases where applications were examined and posed questions about the practical application of the law.

The discussion ended with questions from the participants, followed by a multiple choice test to obtain a certificate of accomplishment.

"Challenges, threats and violations of the external borders in the Aegean and the Eastern Mediterranean (II)" 4/3/2019